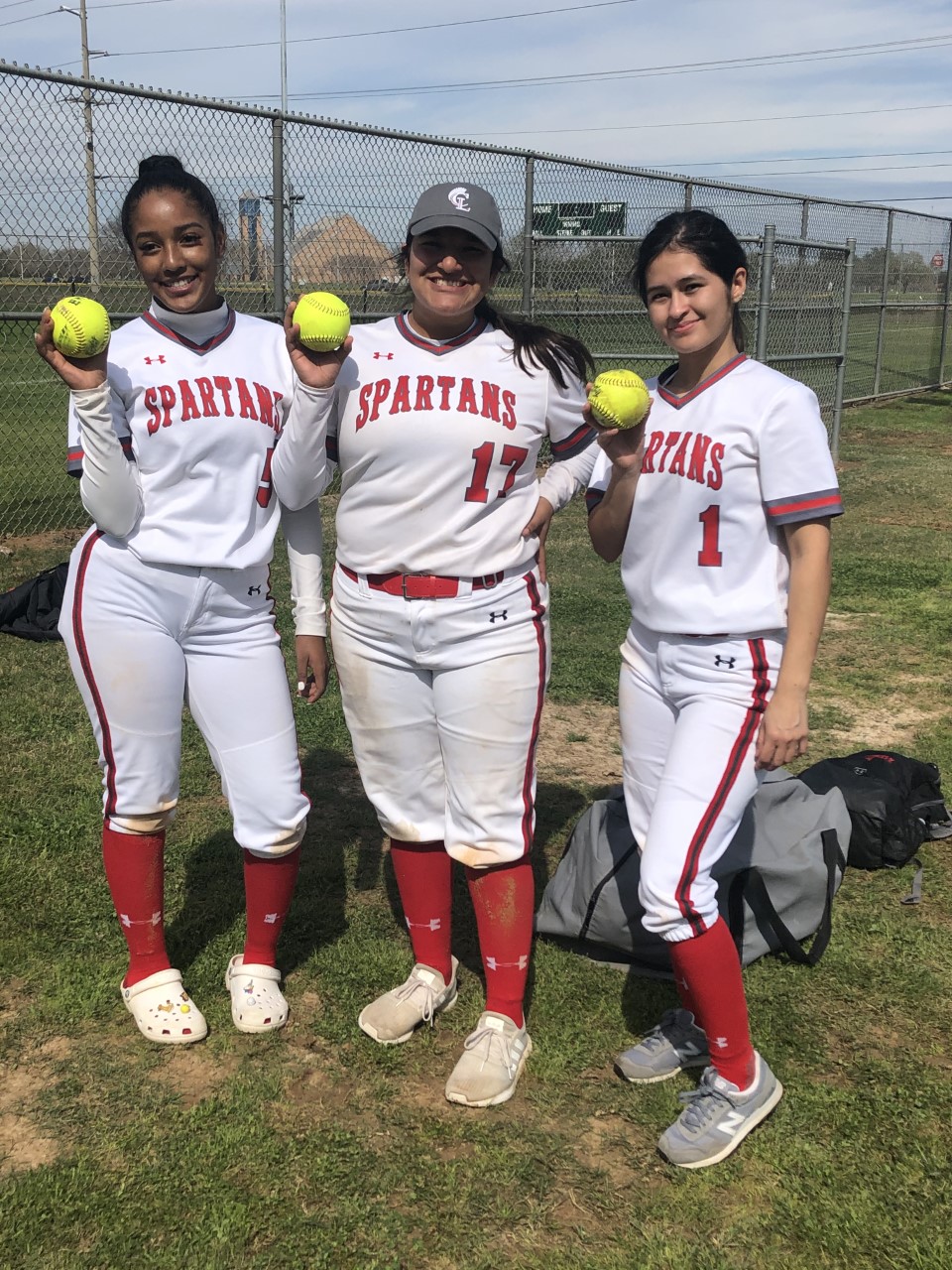 The NFCA Lead-Off Classic Varsity Softball Tournament held in Bryan, TX is one of the largest tournaments in the state hosting 90 schools from all over & a total of 270 games were played. This was an incredible experience for the Lady Spartans to be a part of, and they were able to play teams from San Antonio, Dallas, etc. On Thursday, February, 20th the Spartans set out to play in College Station, but the cold and rain came pouring in, and the schedule was revised three times- moving game times up to Tomball, and then back to College Station later in the evening, The Spartans faced a tough San Antonio Warren team but fell short in the first night of the tournament. Day two was in Tomball, and day three was finally back on track and caught up in College Station. The Spartans picked up wins over Fort Bend Elkins & McKinney Boyd. Danielle Zarate took the win over Elkins allowing only one run. Illeana Lopez and Chloe Alexander both homered in the 5th inning ending the game with a score of 16-1. Savanah Limon took the win over McKinney Boyd allowing only 3 hits. The Spartans racked up 34 runs over the weekend, and were led by Layla Lynch who also homered over the weekend and picked up 3 more stolen bases. Danielle Zarate and Abriana Garcia were also huge contributors to the Spartan offense. The Lady Spartans will be back in action on February 25th against district foe Cypress Springs, and will begin tournament play on Thursday, February 27th in Haynie Spirit Cancer Awareness Tournament. Get out and continue to support the Lady Spartans!