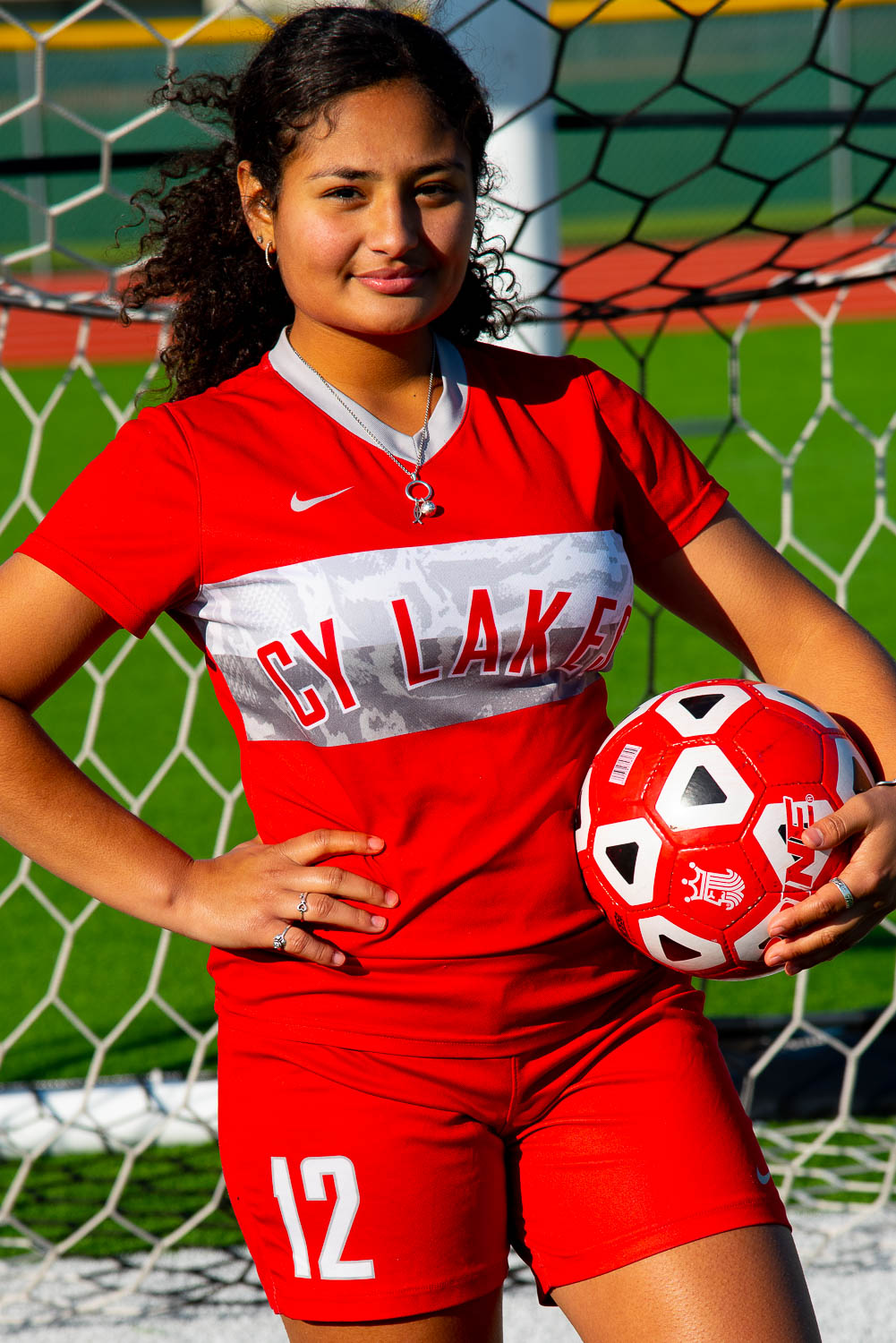 The Spartans battled the Panthers last Friday. JV came up short in a 0-1 loss, but Varsity was victorious in an exciting comeback win.

The JV team faced off with an evenly matched Cy Springs team. Mariah Tellez led the defense with her third start this season in goal, and she was the MVP for the game. The Panthers scored early in the first half, but the Spartans were unable to find an equalizer.

Varsity began the game with a slow start, allowing Springs to score 2 fast break goals in the first half. The half was beginning to look hopeless until Yani Garay put away a direct free kick into the upper 90 of the goal with just one minute remaining. Her goal sparked a fire in the Spartans for the second half. Priscilla Silva quickly scored off two perfect passes from Abril Olivo and Yani Garay that penetrated the Panther defense. Later Priscilla Silva sent a cross to midfielder Sara Medina who headed the ball in over the Springs keeper. The Spartans held onto their lead thanks to the quickness of Kendal White in goal and an incredible recovery run from freshman defender Sofia Salgado.

This game marks a #MakeHistory moment for junior midfielder Yani Garay. She is now the sole school record holder for assists in a season (8) and assists in District (7). Congratulations, Yani!

The Spartans currently rank 5th place in District but face powerhouse Cy Ranch on Tuesday. The Spartans hope to beat Cy Ranch for the first time in varsity history in order to make a run at a playoff spot.